How to take a screenshot on Windows 10/ Mac/Phone/Tablet

A Screenshot means a picture captured by phone, computer, laptop user to record the visible items displayed on the screen. Screenshots are the simplest way of pointing out a bug, showing off a new program, and saving the picture on FB to your camera roll. Nowadays, almost every operating system is well-equipped with the tools for taking screenshots. The screenshots save as graphics files. If you are wondering how to take a screenshot then do not worry as screenshots can be captured easily by using a button or keyboard shortcuts. Sometimes, it is necessary to have a skill of taking a screenshot on your Tablet, Windows 10, Mac, or Phone. But taking screenshots is not so simple and easy because it may expose your private information accidentally. Built-in screen capture tools are hidden behind cryptic keyboard or button shortcuts. You will have to make a GIF or video to show what is happening on the screen when an image would not cut it. In this article, I will explain how to take screenshot on windows on various devices.

How to Screenshot Windows 10

Windows 10 offers different methods of how to take screenshot on a pc. I will share all the methods and will answer all your queries regarding how to screenshot windows 10. All the techniques are easy that anyone can use; you can choose the one you find convenient.

How to Save Your Screenshot as a File

How to Take a Screenshot Without Saving

A screenshot gets copied to the clipboard after pressing the “PrtScn” key. Now you can open your word processor, image editor, or any other program you want to paste the picture. Navigate to Edit > paste and paste the screenshot anywhere you want. The image’s dimensions will be the same as your desktop resolution. But you need to press the Alt + Fn + PrtScn keys on some other devices and laptops. For more information, you can check the laptop’s manual.

How to Take a Screenshot of One Window Only

If you want the screenshot of some window and not the whole screen, then click on the title bar of that window. Press Alt + PrtScn. The screenshot of the active window will be copied to the clipboard. Then you can paste it on the document or the editor of your choice. On some laptops, you need to take a screenshot by clicking on the Alt + Fn + PrtScn. For more details, you can check the laptop’s manual.

Screenshot of Specific Part of Your Screen

After pressing the Windows + Shift + S, the screen will be grayed out, and the mouse cursor will change. Click and drag on your screen the part you want to take the screenshot. A screenshot will be copied to the clipboard. Now, you can paste it anywhere by pressing Ctrl + V as a shortcut to paste the captured part with the Print Screen key. It is possible only on Windows 10. This shortcut is a part of the OneNote application of Microsoft on older Windows. Microsoft has integrated this full-screen shortcut into Windows 10 only.

The snipping tool has been the best option to take a screenshot in Windows. This tool was introduced in Windows Vista and has never been updated with new features. The snipping tool can cover any rectangular area, the entire screen, a free-form area, or an open window for the screenshot. You can annotate the snips with various colored pens; email it to a friend, or save it as an MHTML file or an image.

Snipping Tool has an option called “Delay” in Windows 10, which allows you to take screenshots of tooltips and pop-up menus. You just have to open the Snipping Tool app and click Delay. Click on the count of seconds from the drop-down list you can wait for the screenshot to capture.

Click the arrow next to “New” for choosing the type of snip out of four snips such as rectangular, full-screen, window, and free-form.

The screen would not dim instantly, unlike a regular snip. In fact, you will get time between 1 to 5 seconds relying upon the delay you select for setting up the screenshots. This time can be used to open the tooltip or popup menu you want to take. Once the time has passed, your screen will dim, and freeze, thus you can create snip. To capture the snip instantly, you can choose a window or full-screen.

Method 3: How to Use Keyboard Shortcuts with Game Bar in Windows 10

Windows 10 is well-equipped with game DVR capabilities to capture screenshots and record gameplay footage of Windows PC games. The Game Bar creates screenshots in PNG format and these screenshots are saved in “C:\Users\[your username]\Videos\Captures”. You need to launch the Xbox app before using the Game Bar. Take screenshots under “Game DVR” using Game DVR, and assign the keyboard shortcuts you want.

Always use the keyboard combination i.e. Windows + G, before capturing the screenshot and tap on the box (Yes, this is a game) if prompted. Now press the “Window + Alt + PrtScn” or Camera icon to capture a screenshot. This keyboard shortcut only works if you have already checked the “Yes, this is a game” box earlier or the particular game. There will be a notification that lets you know the screenshot saved. This will open to Xbox > Game DVR > On this PC, if you tap on this notification.

In-built methods of all Windows have their advantages and disadvantages. A third-party tool is always the best choice if you capture plenty of screenshots and look for more flexibility than built-in tools provide.

If there is no problem in spending some amount of money, then Snagit by Techsmith would be the best option that has lots of features, which allow you to target particular Windows, take the full text of scrolling windows and makes capturing the screenshots easy.

It lets you capture short videos, draw shapes and arrows, annotate screenshots, and anything you can imagine a screenshot tool should do. It is the most recommended tool, especially for those who take tons of screenshots.

You can check it out by downloading a free trial before spending money. It would not be so easy to get back to Windows’ barebones tools after trying it once.

How to Take Screenshot in MAC

Press Command, Shift, and 3 keys together:

Use the Grab tool to capture a screenshot:

How to Take a Screenshot on a Phone

Ques. 1: What is the most convenient way of screen capture windows 10?

Answer: Print Screen Windows 10 and Snipping tool are the most used and easy ways of taking a screenshot on windows.

Ques. 2: I am using an Android smartphone. Do I need to install any application to take the screenshot?

Answer: No, there s no need to install any application. The android phone offers built-in features to take the screenshot that I have covered in this article.

Ques. 3: How can I do a screen recording on my phone?

Answer: Yes, screen recording of some running video is possible in all the smartphones. Some phones have an in-built feature to do recordings while in others you need to install the third-party app. For this, you should check the manuals on your phone.

Ques. 4: Please tell how to take screenshot on PC and can I record videos on Windows 10?

Answer: Yes, you can record the running videos on Windows 10 by installing the Snagit app, though the app is paid. Also, you can take screenshot on PC very easily.

Ques. 5: How can I take a screenshot in Mac?

Answer: Mac has an in-built feature of taking a screenshot. I have covered the steps in the article that you can refer to.

Finally, you are familiar with what a screenshot is and how to take a screenshot on windows 10, Mac, Phone, or Tablet. All the devices have built-in features to take a screenshot and no third party app needs to be installed. Now you can record whatever you want from your screen to show anyone later on or to keep as a record. I hope the information shared by me is helpful to you and I have answered all your queries about screen capture. I have also mentioned some generic questions in the Frequently Asked Questions section that users usually face while taking the screenshots. You are good to go and enjoy taking screenshots. 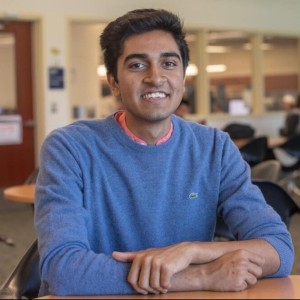 My name is Sean and I started this project in 2019. It has been growing ever since. I am serial tech entrepreneur and a tech geek . My experience in blogging and technology helps me understand what type of content people are looking for and I intend to provide the information in the best possible way. I want to grow our online community in such a way that whenever someone thinks of technology, the first thing that comes to their mind, is Notion Ink.

How to Choose the Best Headphones for Cycling?

Scroll to Top
We use cookies to ensure that we give you the best experience on our website. If you continue to use this site we will assume that you are happy with it.Ok